The Schaalman Award is named for Rabbi Herman E. Schaalman, who was born in 1916 in Munich, Germany. As a child, Schaalman endured instances of anti-semitism, intolerance and exclusion. In 1935, he managed to evade the advance of the Nazis and the Holocaust by enrolling in Hebrew Union College in Cincinnati, from which he was ordained in 1941. He additionally completed his B.A. and M.A. at the University of Cincinnati in 1937, attending both schools concurrently. His ministry took him to Cedar Rapids, IA, and, later, Chicago, where he would spend the rest of his life. In 1956, Schaalman was named Senior Rabbi of Emanuel Congregation of Chicago, a position he held for more than thirty years, after which he remained Rabbi Emeritus until his death.

Schaalman is widely known for his interreligious activism. He advocated for constructive dialogue, believing that interreligious friendships could improve and heal the world. He had a close relationship with Roman Catholic Cardinal Joseph Bernadin of Chicago, for whom he performed a memorial service after Bernadin’s death in 1996. The Rabbi Herman E. Schaalman Interreligious Leadership Award was established in his honor in 2000 and intended to advance interreligious understanding, engagement, and leadership.

Each year CTS students are invited to submit an essay and proposal for an interfaith project. One entry is selected as the Schaalman recipient and receives a $500 cash prize and $500 microgrant to implement their project. 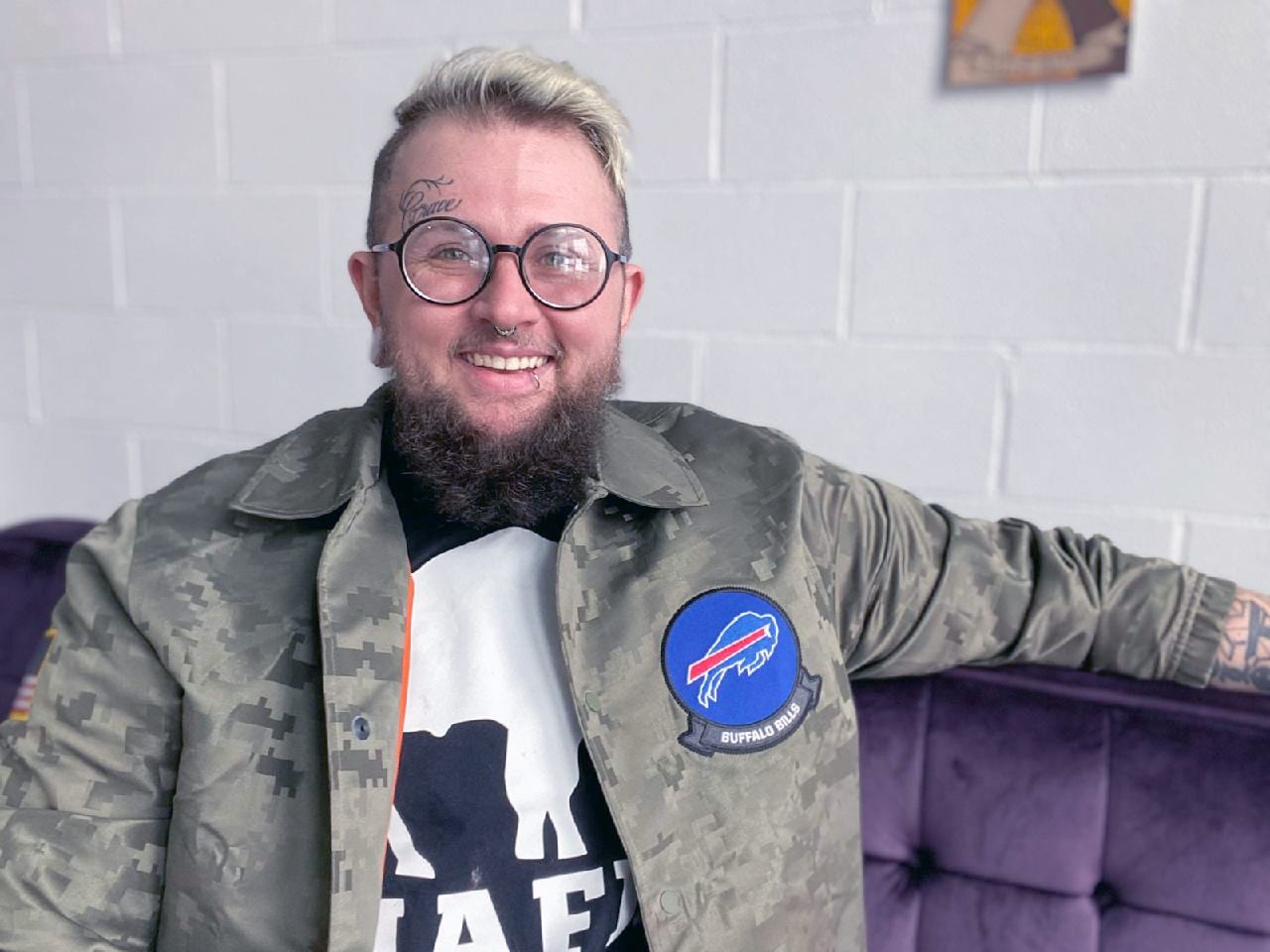 Leo Wolters Tejera
2022 Schaalman Recipient
The IRI is excited to announce the awarding of the 2022 Rabbi Herman E. Schaalman Interreligious Leadership Award to Leo Wolters Tejera, which will be officially awarded at the André LaCocque InterReligious Lecture on March 15, 2022. Leo, ​​a second-year Masters of Religious Studies major with a concentration in Interreligious Studies, currently lives in the town of Olean, a small rural town in southwest New York. Their project proposes an interfaith/interidealogical lawn sign campaign in their town that would play on current community awareness of intersectionality. They will purchase and distribute 300-500 lawn signs bearing the words, “There is no them, only us,” to local community members, businesses, and organizations that agree to participate. In tandem with this, Leo will launch an op-ed campaign in Olean’s local and regional newspapers; this campaign will contain writings from each sector that was maligned by a local pastor/principal that reflect the central theme.

Jeff/Lisa Simpson
2021 Schaalman Recipient
The IRI awarded Jeff/Lisa Simpson the 2021 Rabbi Herman E. Schaalman InterReligious Leadership Award. Simpson’s winning proposal will develop a summit for religious leaders in the Quad-City Metropolitan Area of Iowa and Illinois, where Simpson resides. The summit will address transgender issues and empower religious leaders of multiple faiths to advocate and respond to the needs of the transgender community. The Summit is being planned for July or August, 2021 in partnership with the non-profit interfaith group One Human Family QCA. Simpson’s summit will serve to inspire churches, synagogues, and other houses of faith to recognize the realities of transgender members in their communities who need voices of support and compassion. 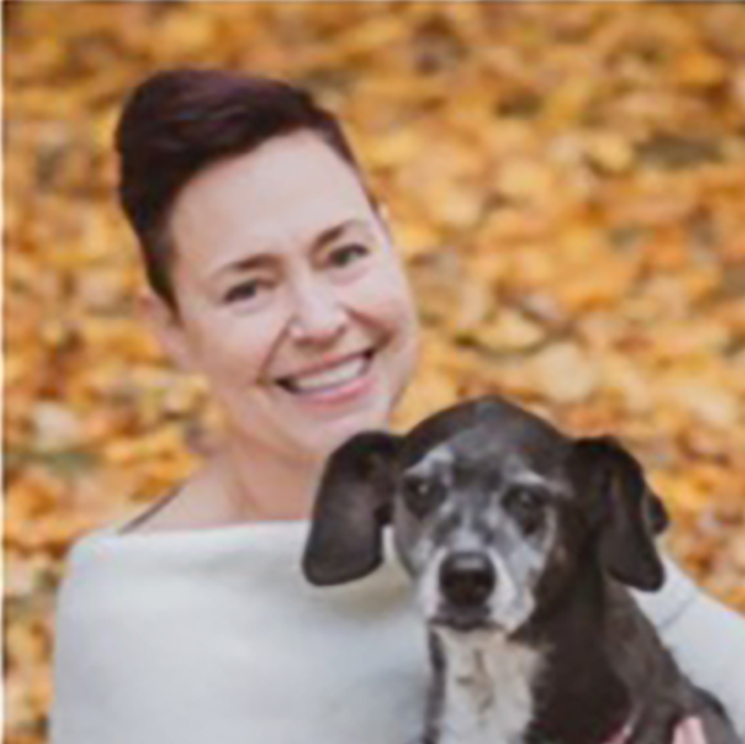 Julie Payne Britton
2020 Schaalman Recipient
The IRI awarded Julie Payne Britton the 2020 Rabbi Herman E. Schaalman InterReligious Leadership Award, where Britton is a master of divinity student, and honors the passionate commitment to interreligious engagement modeled by the late Rabbi Herman E. Schaalman. Britton’s winning proposal will develop a writing group designed to challenge spiritual silos, religious intolerance, implicit biases, and fear of the other in her hometown of Greenfield, Massachusetts. Britton’s work will take place in early 2020 during a six-week session where a small group of people who orient differently (or not at all) around religious identity will come together for an interreligious writing group. Through the sharing of their own personal stories, participants will build community and trust, breaking down some of the walls that divide and creating space for nuanced understandings to grow. Her program will culminate with a celebration and public reading of participants’ stories, a Q&A session, and the debut of a small, self-published anthology. 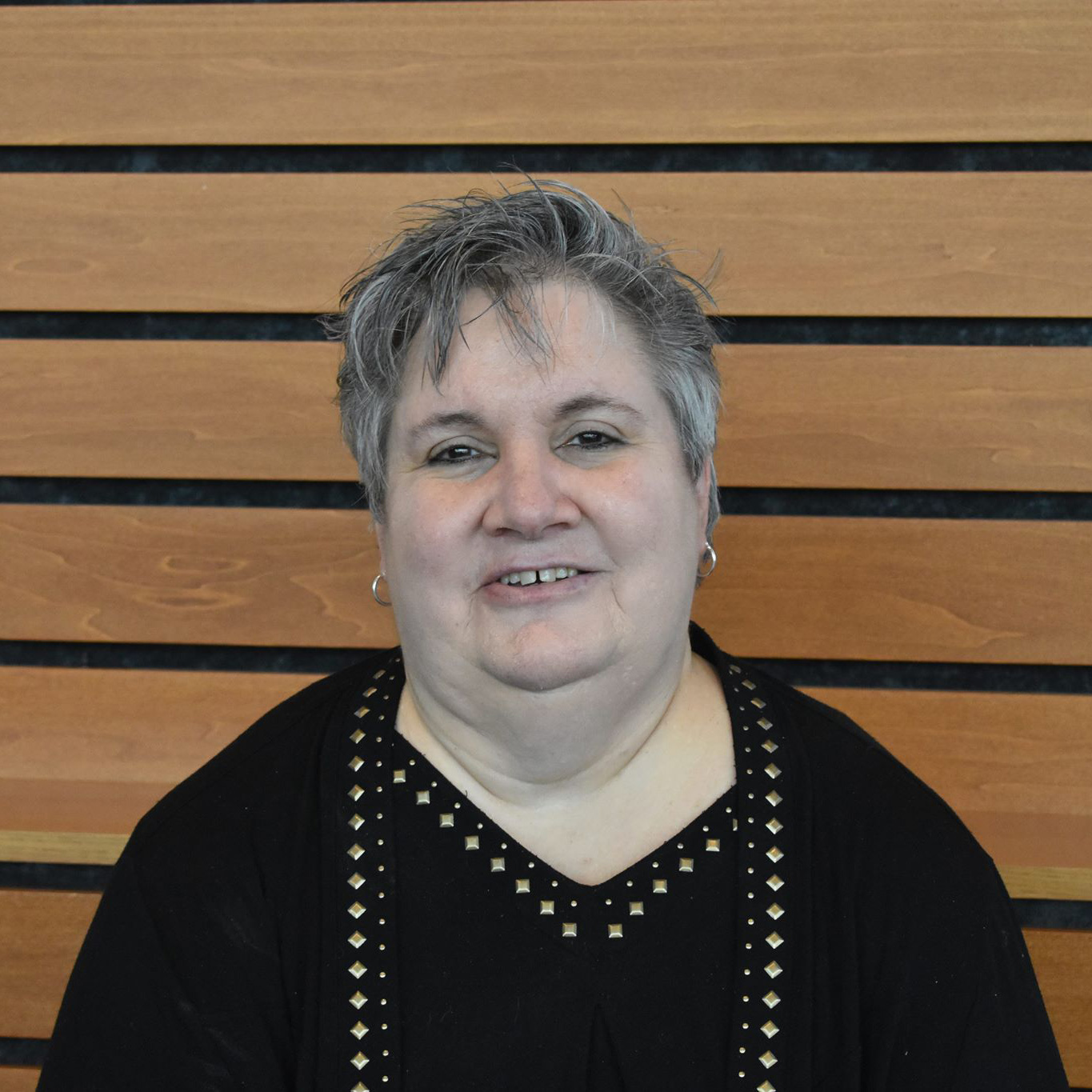 Susan Steinmiller
2019 Schaalman Recipient
The IRI awarded the 2019 Rabbi Herman E. Schaalman Interreligious Leadership Award to Susan Steinmiller. Steinmiller is an MDiv student at CTS starting a new chapter in her life after 37 years as a school teacher. As an educator, she was recognized for her innovative and dedicated teaching style. Her winning project will develop a workshop for educators in Chicago Public Schools to provide instructors with deepened interfaith and interreligious training, tools, and lenses. The two-day workshop provides high school educators with information, links, contacts, and manipulatives they can then employ in their classrooms. Recognizing the limited resources currently available to educators, and the ways curricula are often tainted with a lens of Christian normativity, this approach seeks to enrich students by enriching teachers. The workshop will be offered in the spring of 2019 with a goal of enrolling 40 high school instructors.

Vanessa Gomez-Brake
2018 Schaalman Recipient
The IRI awarded the 2018 Rabbi Herman E. Schaalman Interreligious Leadership Award to MDiv student Vanessa Gomez-Brake. As Associate Dean of Religious Life at the University of Southern California, Vanessa supports and promotes broadly-conceived religious and spiritual life at the University. Her IRI microgrant was used to host an on-campus storytelling event focused on migration and movement in response to recent changes to DACA (Deferred Action for Childhood Arrivals). Submissions were reflections on the stories we are told from our sacred texts, religious traditions, and classic literature, as well as how those stories inform our values and actions. Vanessa’s vision for the evening was realized with six students sharing their stories, in a variety of forms, engaging attendees to “learn about wordviews they had not previously known about and step away with more nuanced perspectives on why people migrate.”

The IRI offers a full scholarship each year for a student in Muslim Studies at Chicago Theological Seminary. Combined with directed, interfaith recruiting efforts, this scholarship will enhance religious diversity in our student body and Muslim representation in our community.

Additional, partial scholarships for Muslim students will be funded by CTS as other students are recruited, enabling us to continue growing our Muslim student population. 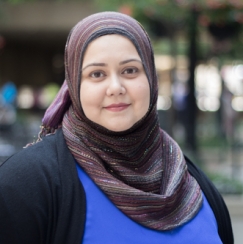 Jenan Mohajir
2018 Waraich Recipient
Jenan Mohajir is an educator, a storyteller, a mother and a believer in building relationships across the lines that separate us. Jenan currently serves as the Senior Director of Leadership at Interfaith Youth Core (IFYC), where she oversees the creation and implementation of programs that invest in the development of IFYC's student and alumni leaders. For the last 11 years, Jenan has served as a senior staff member at IFYC and has trained hundreds of young people from religious and secular backgrounds to be interfaith leaders who create a different story of engagement in our polarized world. When she can, Jenan volunteers with Sirat Chicago, a neighborhood space that fosters a healthy Muslim community by supporting initiatives around service and worship, education and arts, and family life. Jenan is deeply inspired by the stories from her family and her faith to create change at the intersections of gender, sexuality, race, and religion. Jenan loves collecting old children’s books and lives on the south side of Chicago with her husband and three children.